Guru Nanak Story for Kids: The Tale of Two Villages

Guru Nanak Dev (1469-1539) was the founder of Sikhism and the first of 10 Sikh gurus. Sikhism is a religion that was born out of the need to reform an increasingly hardening Hinduism in the face of Mughal Rule in 15th and 16th century India.

Guru Nanak is said to have taken 4 major journeys in his lifetime. During each journey, Guru Nanak gathered followers with his unique style of down-to-earth and experiential teaching. There are many stories known as "sakhis" that have been told to generations of children by family members to keep alive Guru Nanak Dev's teachings through the centuries. This is one of my favourites: 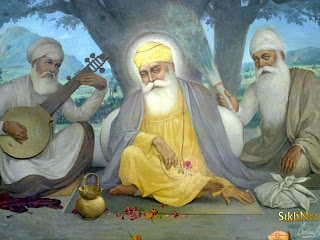 Nanak and his two disciples Bhai Mardana and Bhai Bala came to a small village. The villagers were very respectful and hospitable. They invited the guru into their homes, listened to his sermons with attention and fed and feted him with all the honour due to a visitor and guest.

After spending a few very restful and pleasant days in the village, it was time for the guru to say goodbye and carry on with his long journey. As he left, the villagers crowded around him, seeking his blessings. He cursed them instead. He left the village saying : "Be uprooted and disperse!"

On the same journey, Guru Nanak Dev came to another village. Here, the villagers were uncouth and unfriendly. They were rude to the guru and his followers and had no interest in his teachings. They refused him hospitality and forced him out of their village.

As the guru left this village, he blessed the villagers with a gentle smile: "Stay safe, stay here and prosper."

Bhai Mardana and Bhai Bala couldn't understand the unjust behaviour of their beloved guru. They asked him for an explanation:
"Why did you curse the good villagers and bless the rude ones? Why were you so unfair?"

If the people of the first village remain safe and prosperous within their village limits, it would be unfair to the world. If the people of the second village are uprooted and sent out to a larger area, they will poison and pollute any place they go to. Now tell me--was I unfair or was I just?"

Anonymous said…
Name of the village that should be uprooted and dispersed is 'Khalra' from the word 'Khali-Empty' and the unfriendly village is 'AmiShah'
November 7, 2012 at 6:20 AM

Dr. Ranee Kaur Banerjee said…
Thank you so much for the input. I appreciate the fact that you took the time and effort and I learnt something new!

Anonymous said…
Hello! I know this is kinda off topic however
, I'd figured I'd ask. Would you be interested in trading links or
maybe guest writing a blog article or vice-versa? My site addresses a lot of the same subjects as yours
and I feel we could greatly benefit from each other. If you
happen to be interested feel free to shoot me an email. I
look forward to hearing from you! Wonderful blog by the way!

Anonymous said…
Thank you so much for this anecdote from Guru Nanak's life. I will share it with my kindergarten kids.

Gurusikh said…
Dear Ranee,
Wonderful post, I just loved to read your such valuable piece of writing about Guru Nanak Dev Jee. Thank you so much.

Dr. Ranee Kaur Banerjee said…
Thank you, Tejinder. I do feel our children must know the stories from our heritage but in a language they understand easily and in terms to which they can relate.
February 14, 2017 at 6:37 PM 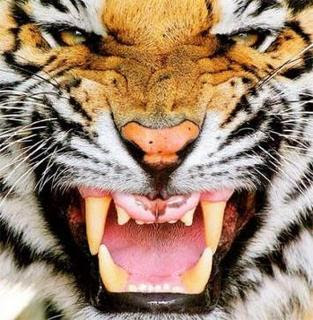 DAKSHIN RAI: THE TIGER GOD OF THE SUNDERBANS